A collection of jazz rock and atmospheric compositions

If you would like a copy of this CD please make a donation to cover shipping. Thanks! 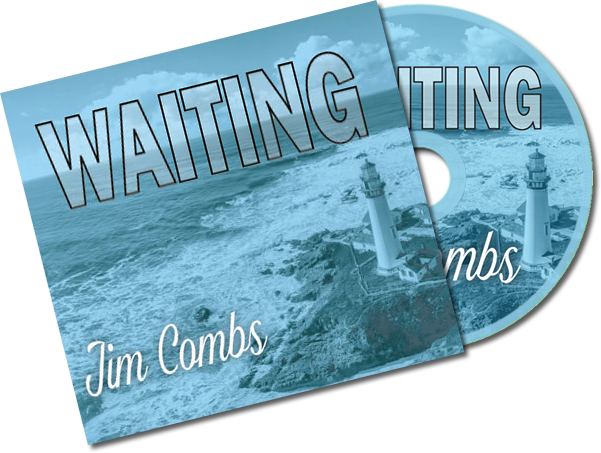 “All good things arrive unto them that wait, and don’t die in the meantime”. – Mark Twain.

In 1978 I recorded my first song “I don’t Know Why” and ever since then I have wanted to write and record an entire LP (or CD). After 42 years of composing and performing music I have over 16 hours of recorded music. With all that musical output I had not produced one full project. I’m not sure what I was waiting for.

This project started out as just a few compositions (mostly atmospheric) that didn’t fit into the “Measure Twice” progressive/fusion rock project I’m working on. As I completed a few more of the songs the project started to take on a life of it’s own.

A little about the songs:

Zozo – March of 2020 while mixing the CD I decided the project needed more songs with the guitar as the lead instrument. I wrote Zozo to be the first song of the CD. It was this point where the CD changed from atmospheric music to a more jazz/rock sound.

The Mystery of Machu Picchu – This was originally an atmospheric number with guitar and drums in the final section but after writing Zozo I added the guitar melody in the beginning section and pumped up the ending.

Waiting – In 2019 I started writing small tone poem-like material, Waiting was the first.

The Walk – 2019 while working on the “Measure Twice” project I wanted to write a song with vocals without words. My daughter liked the song so much I decided to put the song on this CD.

Bulul, Night Flight & Dark Hills – These were written as atmospheric in 2018-19 and also then after Zozo I added to add the guitar and drums to all of them.

When October Leaves – It was October 30th. 2019 and I wanted a piece for the piano and woodwinds about the melancholy of fall. I think this was the most enjoyable to write.

Janguru Taitei (Jungle Emperor) – I discovered Isao Tomita in 1978 with his LP “The Bermuda Triangle”. I was working on a song with sounds that emulated his sounds from his Moog III when I discovered he wrote the theme and incidental music for one of my favorite after school cartoons (it was the 60’s and I was 8) Kimba the White Lion (Jangaru Taitei).

Reichenbach Falls (The Final Problem) – I was watching “The Adventures of Sherlock Holmes” with Basil Rathbone when I started writing this.

Bridge To Narashimha Swamy Temple – This started with a sound from my Absynth 5 that reminded me of a Shofar (ancient ram’s horn). Then I found the sound of a Shehnai (Indian oboe) from there the song wrote it’s self.

Leaping Tiger Gorge – This was the first piano atmospheric piece I wrote in mid 2018.

To watch the movement of the old Grandfather clock

Tucked away in the parlor

To watch the blue waves crash upon the shore

To pace about the Widow’s Walk

To sit with eye trained on the horizon

And search for dawn

To wait in fear Or ecstasy

For a future you are afraid to be

To wait for him, or her, or them

To watch the trees turn from green to brown

To watch them then fall upon the ground

To sit under the cherry tree, reading letters sent from me

To stroke a cat by firelight

As you watch the sky be bruised tonight

To bite your lip to keep from laughing with delight

Until you’re alone and the time is right

To keep a treasure buried in your sock drawer

To draw a map of which you are sure

Will lead to worthy to your gold

To whisper to your friend instead of standing and shouting